In March 2011 we sold our Westerly Discus “Discussion” that we had owned for 19 years and set to look for an Oceanlord to buy.  One of the closest available was “Timshel” based in Schevenigen, Holland.

We flew out to see the boat in April and eventually signed the papers and bought her from Landa Endlich and Erwin Zwignenburg on 22nd June.  This made us her 3rd owners and she had been Dutch registered and based in Holland since new.  Timshel had been moved to the yard at Dintelmond for some problems shown up in the pre-purchase survey (rudder, mast step and gas locker) to be fixed.  We knew we would also have to deal with the problem of the deteriorating teak deck and also the internal headlining that was falling down in several places, but decided to do this later. 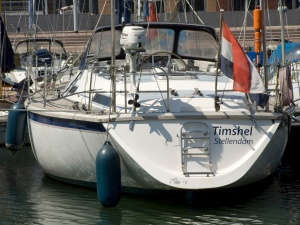 We flew out again in July ready to bring her back to Scotland.  The broker, Rick de Buis, kindly picked us up from the train station and also collected the liferaft which had been serviced and delivered us to our new boat. 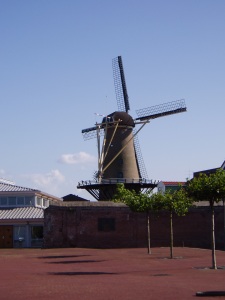 We spent a week furiously working on the boat, one important item was changing the Dutch registration on the transom for our new SSR number and putting up our new Red Ensign.  Finally we set off – but which way to go to escape to the sea.  Concerned about the height of the fixed bridge at the Roompot sluis we decided to go out the way she came in via Stellendam, though this route still involved going under 1 fixed bridge and through several opening ones and lock gates etc. 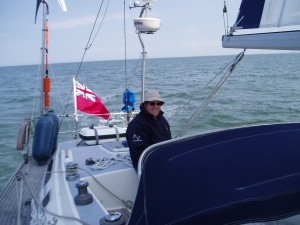 It took 2 days to get to the sea, then we stopped at Ostend where we were delayed by weather (a NE gale), then Calais where we were delayed by a SW gale (lots of changing of courtesy flags), then straight across the shipping lanes towards Dover stopping at Sovereign Harbour then Hayling Island where we used to sail our Westerly Centaur and where my parents and brother still stay. It was good to catch up with family and to show them our new boat.  Quite a shock sailing in these shallow waters in our new fin keeled boat compared to the Centaur with the twin keels and 3 foot draft.  We ran out of holiday time and left Timshel at Harold Hayles yard at Yarmouth Isle of Wight for 3 weeks.  We got the rigging (which was probably original) replaced by Spencers of Cowes and the anchor winch and chain replaced with new, and also the starter motor serviced and the solenoid rewound as despite a new start button fitted by the previous owner this was still giving problems.

We returned in August with our friend Malcolm and headed for Scotland. 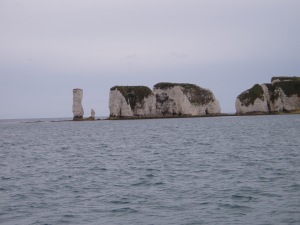 Progress was slow at first and we stopped at Studland Bay and Portland then luckily an easterly wind sped us on to Land End. We anchored off Arklow for a few hours sleep, then stopped at Howth for the night and Bangor very briefly in the middle of the night for fuel. 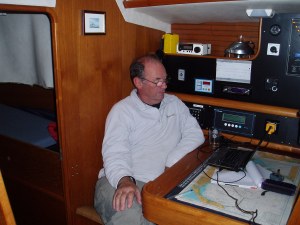 The engine starting problem reasserted itself off Howth and Steve and Malcolm spent some time making sparks with spanners across the battery terminals before Steve worked out exactly where the spanner should go.  We finally arrived at our berth in Kip marina 8 days later. 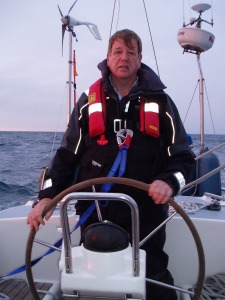 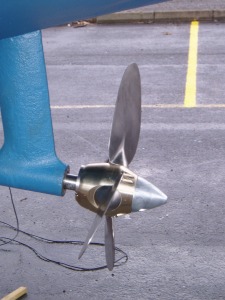 The new propeller, a Darglow feather stream, replaced the old very worn Volvo folding prop.  It improved both speed (we can now do 6-7 knots) and manoeuvrability.

Sometimes the weather was nice enough to eat at the (refurbished) cockpit table. 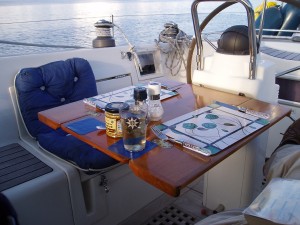 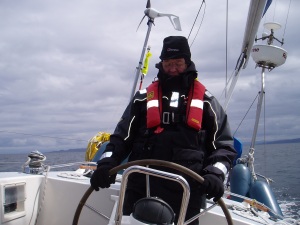 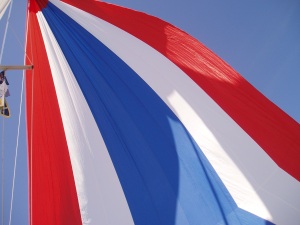 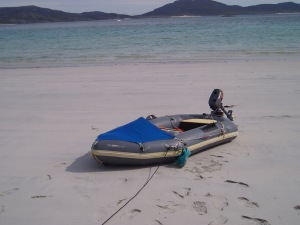 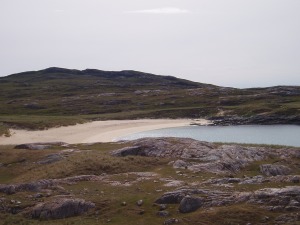 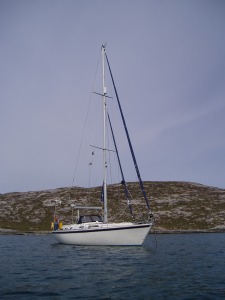 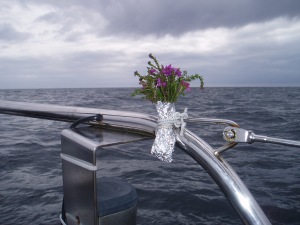 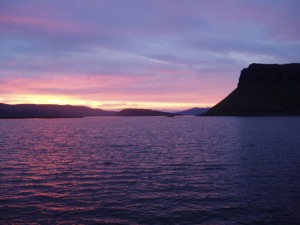 The nephews came sailing – and fishing, catching lots of mackerel. 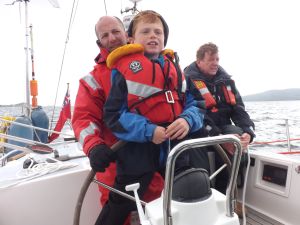 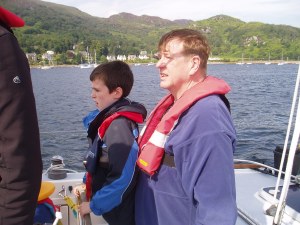