Tonga to Fij was just 260 miles, but it ended up being a rather slow motor as there was hardly any wind.  The day we left Tonga started with a torrential downpour, you couldn’t see the other ride of the harbour, but fortunately it stopped just as we were leaving in the afternoon.  We slowed right down on the last night of the passage in order to arrive in daylight at the pass of the lagoon of the island of Vanua Balavu.  More World ARC boats gathered as we waited for a rain squall to clear before going  in following Aurora, with Skyelark and Zealand close behind.   We had been warned that the charts of this area (indeed the whole of Fiji) may not be  accurate – that’s both paper and electronic ones, so you need good light for navigation (you can also look on Google Earth).  Once through the pass you still have to navigate across the big reef strewn lagoon to the anchorage at the island.  There used to be some beacons but most of them washed away during Hurricane Winston, but we had been given some accurate waypoints and in fact the recent updated Navionics charts were reasonably accurate (not so some other brands).  At the anchorage the officials (Customs and Biosecurity) went from boat to boat – 11 had arrived that day – doing clearances, then you were instructed to haul down the yellow flag and allowed to go ashore.  The officials had been brought in especially by World ARC to clear us in – normally you would not be allowed to stop in this remote area. 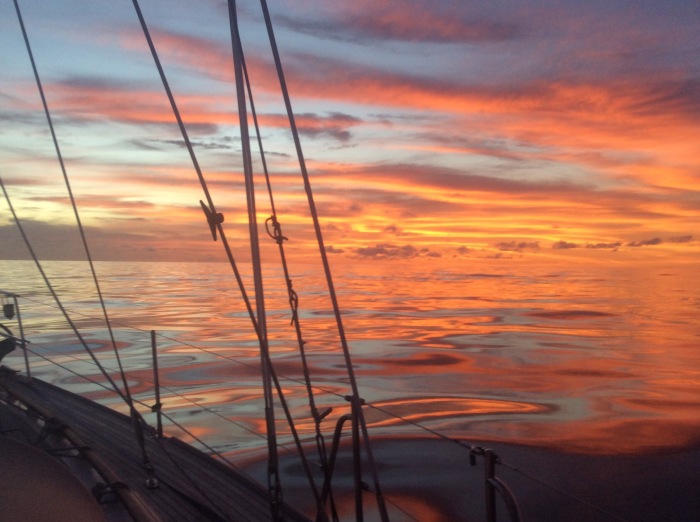 Next we navigated carefully to the village on the other side of the island (in convoy with 2 catamarans) where a Fijian feast was arranged for us with ceremonies, music and dancing, and Kava drinking.  The people are so hospitable, helpful and friendly.  Next day we were taken for a tour of the village and the school (our gifts for the School had been presented the night before) which is in temporary huts while it is being rebuilt after the hurricane .  There are lots of lovely anchorages here, we spent a few days relaxing at the “Bay of islands”, lots of  intricate channels between wooded limestone/ coralie islands of various sizes, undercut by the sea so they almost resemble mushrooms. 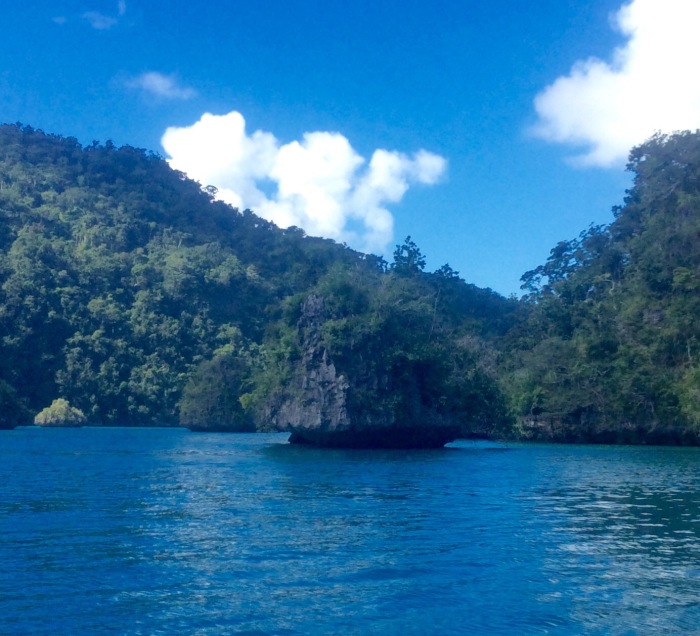