Cape Capricorn was named by Cook as it lies close to the Tropic of Capricorn (23 deg 30 min).  From Mackay we headed south to Digby Island, Middle Percy island then Great Kepple island, also Island Head Creek and Port Clinton, good sailing in predominantly NE wind.  The islands are the easier option (and very scenic, lovely beaches) as the mainland ports and anchorages are rivers or creeks with shallow bars and intricate pilotage.  We decided to miss out Gladstone – even more intricate pilotage and an industrial port – and sailed overnight for Bundeberg.  The entrance here is a bit like Montrose with a long marked entrance channel stretching out to sea through the shallows.  Inside we found a friendly Marina and other friendly cruisers, getting much good advice for the next stages of our trip.  But the weather turned, 2 days of absolutely torrential rain (the first they’ve had for months) and wind so we stayed anchored in the river.  Finally we could head onwards to Fraser Island which is the biggest sand island in the world.  We spent a few days making our way through the channels inside the island called the Great Sandy Strait – you have to get the tide right for these, you know you’ve got the right time when you realise you are joining a line of boats.  Wonderful wildlife, as well as humpback whales, turtles and various birds – sea eagles and a huge Great Egret on the shore, there were some charming small dolphins, light grey with long snouts.  I looked them up (4g access for a change) and found they are Australian Humpback dolphins, not that common but there is a colony here.  Yesterday we exited the southern end of the strait which means negotiating the formidable  Wide Bay Bar.  You are advised to phone the local coast guard, Tin Can Bay, to get advice and current waypoints, which we did.  They texted the waypoints (in fact the bar was surveyed earlier this year and the leading lights realigned) and advised us to cross close to high water.  Again you knew you’d got the correct time as you joined a parade of yachts.  Luckily in the prevailing conditions the bar was a pussycat, about as calm as possible to be. As the morning went on  (we had started at 6), the wind came up from the NE and we had a cracking sail along the coast with sails wing and wing and at least an extra knot in our favour from the East Australian Current.  Saw a shark, a huge turtle and humpback whales doing spectacular leaps and tail slaps.  Coming into Mooloolaba was a bit hairy as a big following sea now and shallow entrance to the river with folk kayaking across in the waves to add to the tension – hope they know that the yachts can’t really give way to  them in such location.  Anyway we are now moored in the Marina at Mooloolaba which is on the Sunshine Coast – don’t know who called it that.  Apologies for lack of wildlife pics, nothing seemed to stay still long enough. 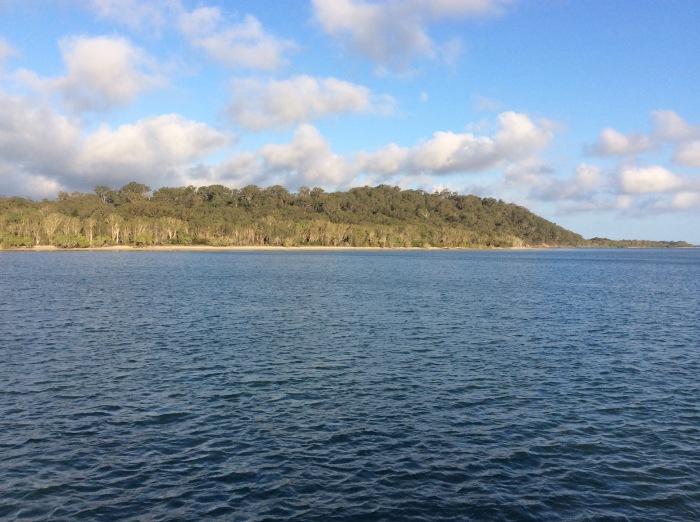 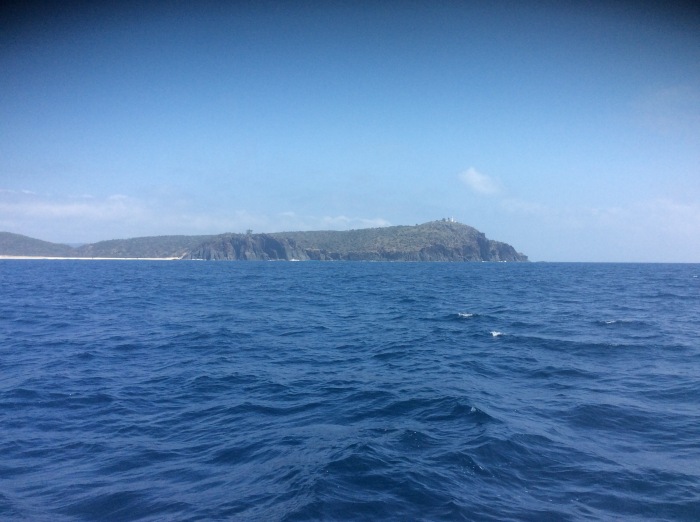