The last part of the Indian Ocean started with 3 days of flat calm, followed by 3 days of variable winds, then we finally got a proper breeze, then rather too much wind for the last part. Unfortunately we got a rip in the mainsail so we could only set it heavily reefed for the last days of the trip – OK when the wind got up though. Dolphins came to play, and we survived an attack by mutant kamikaze squid – how on earth do you get the ink off? Some of them must have been flying as it’s all over the boom and sail, at least 20 on deck from bow to stern. And a bit dry to cook by the time we found them. The cruise liner Europa 2 came past and the watch officer chatted over the VHF. Think he’d met quite a few of the rally fleet by the time he got to us at the back.

Arrived safely in Richards Bay, second to last in fleet, catamaran AirPower was just behind, welcomed with a bottle of champagne by the Zululand Yacht Club where we are berthed. 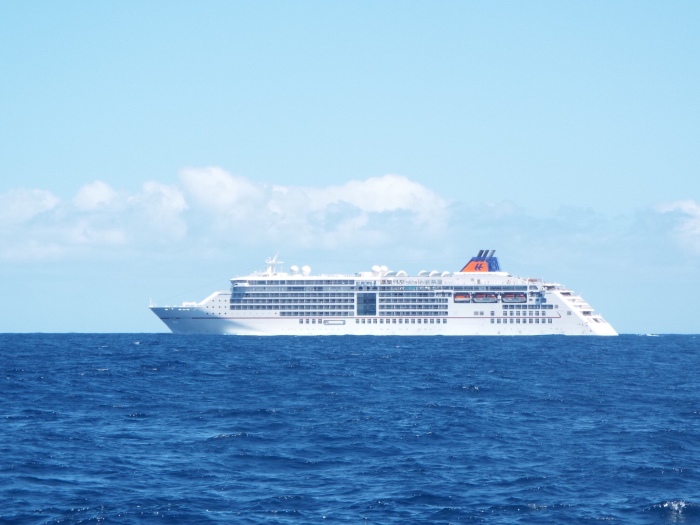