Just by chance, we got quite a good start out in Table Bay and were sailing nicely towards Robben Island when disaster struck. Our Raymarine instruments started to check out one by one, presumably some failure of communication between them; of course we have some paper charts, an independent GPS and AIS and even a sextant,but at this early stage it seemed most prudent to head back in and try to get them fixed. We got the details of an electrician from John on Madrigal, we contacted Karl and he met us at V&A marina almost as soon as we tied up again. Then he was through the boat like a whirlwind, ceiling panels don all over the place, declaring it must be “the backbone”. The offending bad part was located and fixed and we were able to set off again that afternoon following 1 bridge opening behind Airpower. Out in the bay again we met Misto who’d suffered a broken bowsprit in a sudden gust, which also ripped a hole in their forward strut, so they were also returning for repairs. Looking at the weather maps it seemed advantageous to head up the West Cape coast to avoid a big hole in the wind before turning west for St Helena. But the next morning the wind went light then ahead, so we spent some days motoring or tacking slowly up the coast. Some of the faster boat went north to Walvis Bay in Namibia, we considered checking into Ludervitz to get fuel, but at this point we got a favourable forecast and headed west towards our destination instead. A few days later we heard a plea over the SSB from Pinta (Halberg Rassy 48 from Hungary) for someone to give them so fuel; both their diesel tanks were contaminated with sea water and they needed clean fuel to run the generator and keep their systems running. The closest boats were us sailing a parallel course about 80 nm to the E, and catamaran AirPower about 80 nm behind (SE). So we agreed to divert across and Airpower to attempt to catch up. A day later the 3 boats managed to rendezvous, but only after we persuaded George that he had to stop and wait as Pinta was going faster than the two craft trying to assist. There was 20 knots of wind and a big sea, somehow Airpower (who had rather more spare fuel than Timshel and trading on catamaran stability) in a fantastic display of seamanship managed pick up the fender trailed on a long line from Pinta and transfer one can of fuel, but the next attempt resulted in the line getting round their starboard prop. We agreed to sail on and try again the next day. Airpower set their Parasailor, undeterred by the fender and fuel can dragging underneath the boat – it was far too rough to consider trying to free them. George managed to get his generator running with the first portion of fuel. Next day, another mid-Ocean rendezvous, Dave and Jill on Airpower heroically managed to transfer another 20L of fuel, despite only having one engine but this time due to a miscommunication their long line was lost – let go both ends. However this was enough for Pinta to generate electricity for the remainder of the voyage. We had only stood by to render help if needed but it was a relief to be able to set sail again for our destination. Discovered to our horror a few days later that the bottom of the foil of our in mast furling gear had sheared off AGAIN. This had happened on the way to South Africa and had been welded together, now another bit had broken. Fortunately the forecast for the remainder of the passage was fairly benign so we decided our only option was to sail on with the main as it was setting more or less headsail or cruising chute depending on the conditions. Bones from Emily Morgan kindly offered to come aboard to help get the sail off as we came into St Helena. We were very pleased to have his assistance when we arrived on the Wednesday evening just in time for the island tour next day.

The mainsail reefing gear was serviced and fixed last March at great expense by the riggers in Newcastle NSW. They had trouble getting the system apart and cut off one piece of tube at the bottom – declaring that it was just a covering piece and that everything would be fine without it – WRONG – that part is actually a torsion tube not just a cover and without it the rest of the lower foil is subject to unacceptable shearing forces. The riggers were lovely guys very helpful and good at sail repairs, but I guess we had felt at the time that they weren’t that familiar with the Selden furling system and we were paying top rates for them to “learn on the job” – our job! N.B we also found that had completely failed to set up the rig, merely relying on tape to indicate previous set, rather than checking wire tension or anything, with the result that the whole rig was massively slack- not a professional job at all.

We were lucky that in remote St Helena we found someone (Larry) to weld the stainless steel and fabricate the required part for the reefing gear otherwise we would have been sailing on headsails only. 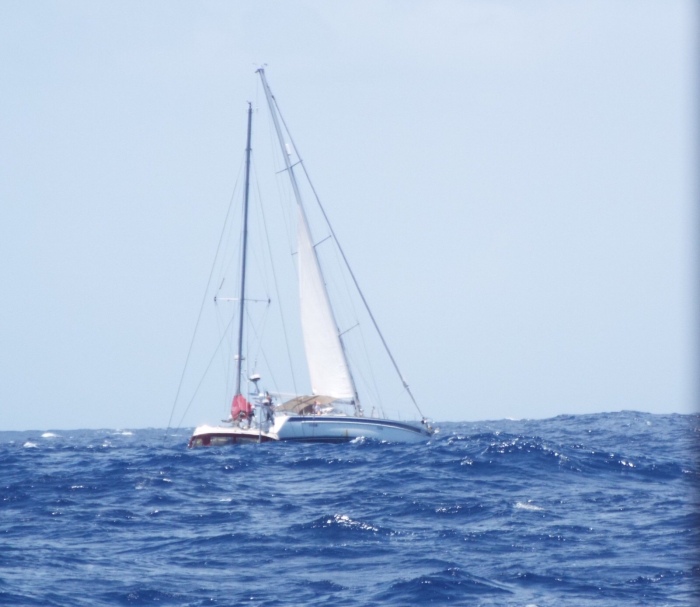 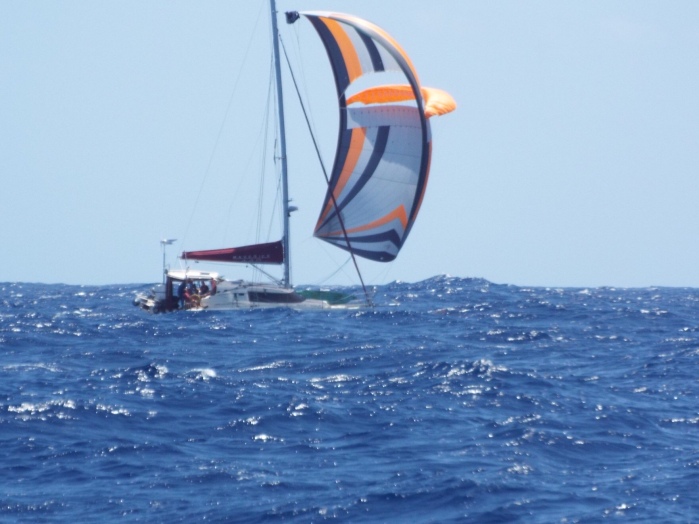