As we sailed north we had Howick Island to ourselves, also Pipon Islet, Blackwood Island (Flinders Group), Fife Island and Night Island. There were fishing boats at Portland Roads where there is a small settlement, otherwise we saw a few fishing boats underway and big ships in the channel, it really is empty up here. At Escape River, there was a catamaran anchored further in, the only Yacht seen since Lizard. However we were making great progress sailing with SE winds 15-20 knots behind us, but why does the wind always get up another 5-10 knots when we come to anchor. At least this means the wind generator can keep the batteries charged. Our last anchorage on that side was Mount Adolphus Island, where deflated and put away the dinghy and generally got ready for the longer passage to come. We spent some time consulting all the available information on the tidal streams for going round the top – paper charts, electronic charts, you need the Flood tide, but concluded as we were exactly at Neaps there wasn’t going to be much. The tides here are a little odd, every day there is one bigger tide ( higher HW and lower LW) and one smaller – apparently it’s called “Diurnal inequality”. Leaving on Sunday morning there was just the smaller tide to deal with, and the level hardly changing at all. In fact although we had stronger tide with us at the expected time it never actually went the other way. Passing York Island and Eborac Island we suddenly got phone signal, enough for messages and a few emails, not sure if it was from Cape York or Thursday Island just a bit further north in the Torres Strait. N.B there is also Tuesday Island and Wednesday Island, Sunday Island was further south, but Thursday Island is the populated one. We made our way through the shallower Endeavour Passage, leaving the main Prince of Wales channel to the big ships. And suddenly we were out of the Pacific and the Coral Sea and into the Arafura Sea. According to the book the sea changes colour at this point, but as it was cloudy it looked rather grey anyway. Now for the longer passages across the Gulf of Carpenteria to Gove and then Darwin.

Sometimes the electronic chart is not completely accurate, we had 13m under keel in the anchorage shown at Escape river. 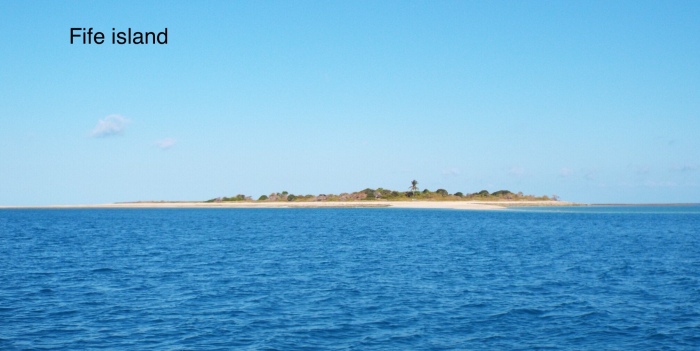 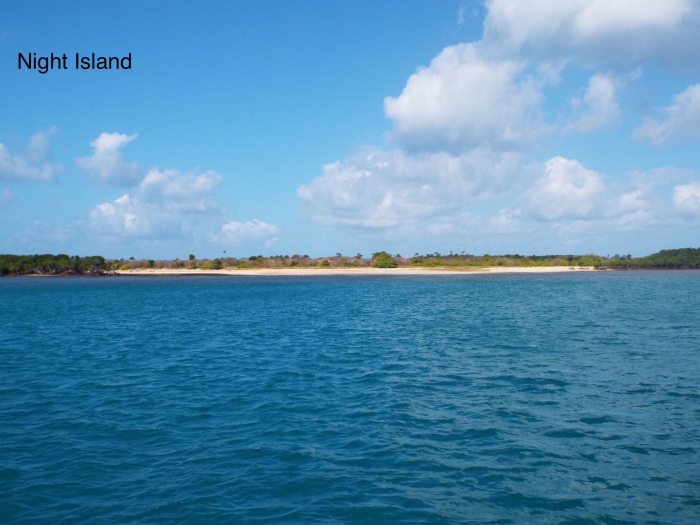 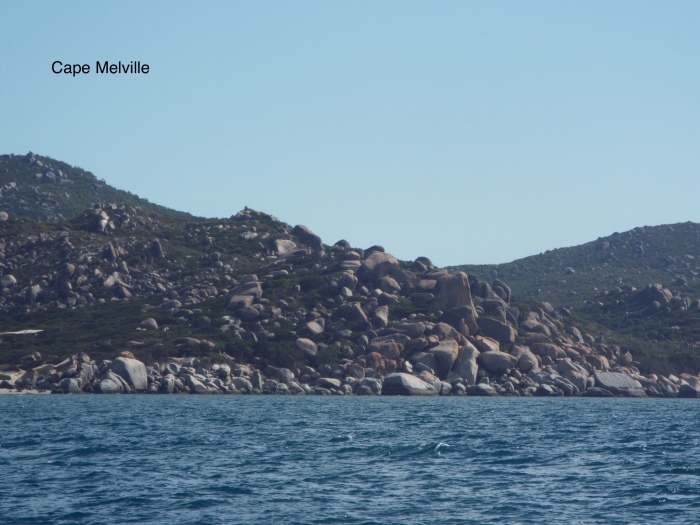 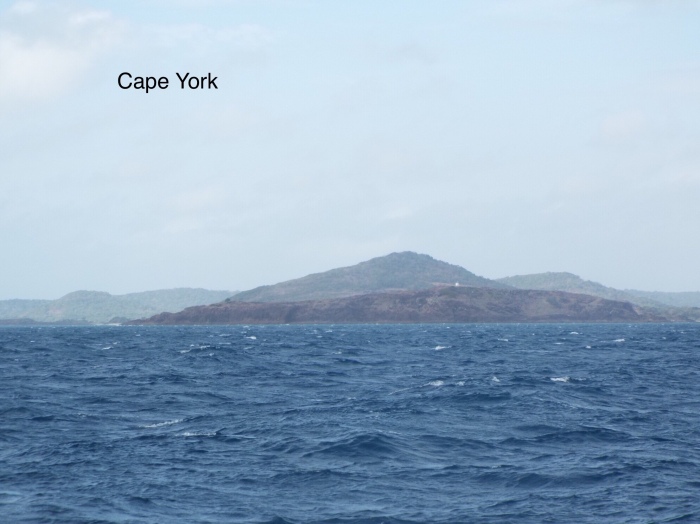