Sorry, this one got out of order, had been saved as draft not published. Bother!

As you head up from Cairns the space between the coast and the reef gets narrower and you find yourself sharing it with big ships, the shipping channel takes up most of the room. See pictures of Pacific Aria. Fortunately there is not too much traffic. Some of the anchorages are better than others, it can be difficult to get out of the swell and small reef islands may not provide much shelter. I was prompted to reread parts of Joshua Slocum “Sailing alone around the world”. He sailed up the E coast of Australia in 1897; from Sydney he went to Bowen then Cooktown, then Thursday Island in the Torres Strait, taking just over a month to do the whole trip. He had been advised to make Day hops (as we have been doing) rather than navigating in the dark but he found the route well charted and perfectly possible to sail at night and easier for him than stopping and having to get the anchor up and the Spray underway every day. No electric anchor winches in 1897.

After Double Island we stopped at Low islands, Rattlesnake Point and Cape Bedford, safely passing Cape Tribulation, Mount Misery and Weary Bay – not sure Cook enjoyed this part of his voyage.

We had been told that Lizard Island was lovely and it certainly lived up to its billing. A glorious beach with wonderful snorkelling at the reef just off the beach, beautiful corals and teeming with fish small and large, including a blue spotted ray, bump headed parrot fish and a black tipped reef shark. There are also nice walks, through the mangroves and over to the Blue lagoon which is the alternative anchorage for those with local knowledge. Anita climbed the hill, quite a steep rocky path, to Cooks lookout, apparently he went ashore briefly and climbed up to spy a way out of the reefs (having already put Endeavour on one and been some weeks at what became Endeavour river and Cooktown making repairs). Certainly a superb view from the top. There is an airstrip and small resort on the island, the rest being National Park. We didn’t bother with the resort as the crew of Shalen that we’d met en route had investigated and found they were not open to Yacht people. Shalen (Oyster 53) is a refugee from the Oyster World Rally.

Lizard Is is also one of the last places as you go north where you can swim, most anchorages have a warning of crocodiles – the Salt water or Estuarine crocodile has vastly increased in numbers since it became a protected species. We haven’t seen any yet.

It may be a while before I can post this, there was a little phone signal at Lizard, halfway up the hill, but not enough to post. 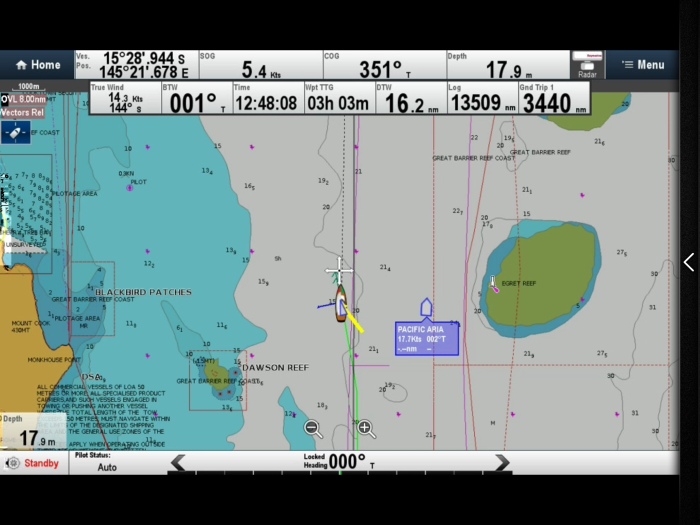 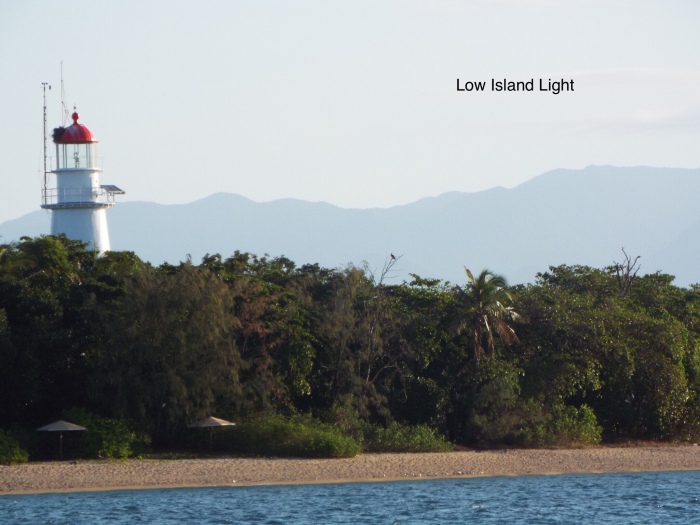 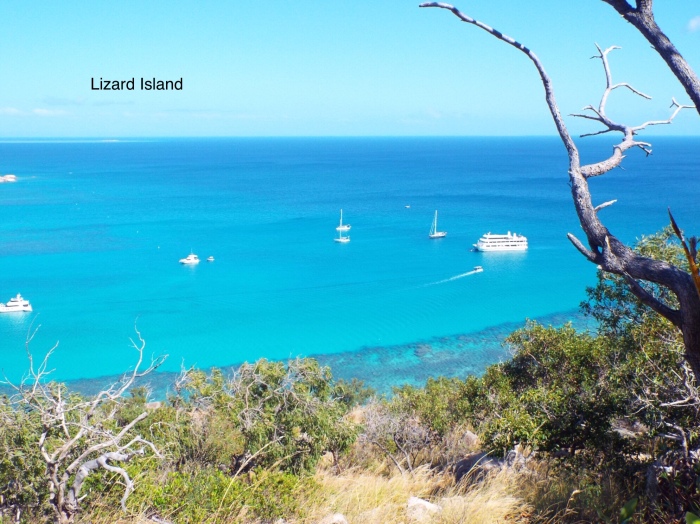