Our last port in Brazil is Cabadelo, just a bit north of Recife. We set off on the Friday morning, followed by Airpower and Misto, next morning we were joined in the SSB schedule by Aranui and PretAixte who left Salvador next morning, then Blue Pearl and Callisto joined in (they had been exploring further south) so we had quite an ARCarmada going on. A bit of a slow trip, little wind and coming increasingly from ahead, also the need to keep well offshore to avoid getting entangled in small fishing boats and fishing gear meant we made some very slow tacks out. But on Tuesday we were motoring in no wind then as the wind got up motorsailing quite fast, we realised if we kept this up we could make Port on Wednesday rather than waiting until Thursday. As Cabadelo is in a river you have to come in on the rising tide and berthing on the pontoon is only possible at slack water. So first thing Wednesday the boats wended there way up river one by one to get berthed in the marina. Marina Jacare is run by 2 Frenchmen and there are many French boats here, but at least it’s easier to speak French than Portuguese. Jacare means alligator in Portuguese but we haven’t seen any live ones yet. Very pleasant and friendly here, very much a holiday place with bars and little shops as well as local fisherman going about. There is a guy who plays Ravels Bolero at sunset every night on the saxophone from a small rowing boat, and has been doing so for the last 25 years! And of course it is Mardi Gras, carnival time! Wednesday evening went to the opening of the carnival at Jao Pessoa the biggest local city. Yesterday (Saturday) we went to the Carnival at the old town of Olinda near Recife during the day. This was very much a local thing, there were stages for big bands being set up – guess they were for the evening. What we saw was local folk all in fancy dress, families, friends, groups all matching or coordinating, small bands marching with lots of drums and brass. Quite a spectacle. And very noisy and busy. We felt simultaneously over and under dressed – too many clothes on in shirts and shorts but not enough glitter and fishnets. In general folk in Brazil are out in the streets in less clothes, no need for cultural modesty and covering up with sarongs here. We are here until Thursday when we set off for Grenada and the Caribbean – the last Ocean passage of the World ARC rally. There is the possibly to stop for 24 hrs en route at Devils Island off French Guyana- of Papillon fame. 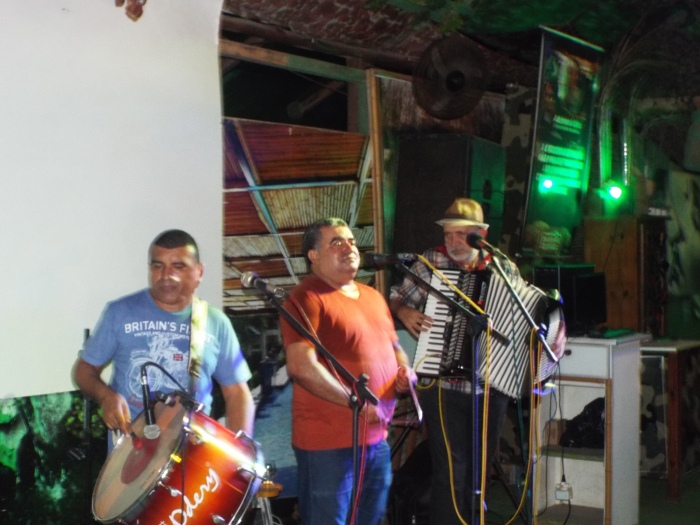