The last big passage of the World ARC. We started quite late, already dark due to delays waiting for Customs clearance and for the marina to help everyone out of the berths. The passage was mainly characterised by the stonking favourable current of at least 2 knots most of the time. Started off downwind but then on a reach getting great speeds over the ground, fairly hard work and rather bouncy though and some squalls giving rain sluicing down and increased wind., then one day with no wind at all. We crossed the equator back into the northern hemisphere in the middle of the night, I managed to miss the exact moment to take the screen shot but you can see we are crossing from the South Atlantic to the North Atlantic. Celebrated with chocolate, tossing a square over to appease Neptune as well.

We stopped briefly at Devils Island (of Papillon fame), which gave us a chance for some extra sleep and to deal with some of the accumulated job list, but unfortunately the 24 hours allowed did not give us enough time to be worth inflating the dinghy to go ashore then immediately deflating it to put it away again. In the end we left early in order to depart the islands in daylight.

The last few nights of the passage were under a brilliant full moon, it makes such a difference. We arrived off St George’s, Grenada, after nearly 14 days early in the morning, the wind died and it took an hour just about to cross the finish line under sail. At least it was light by the time we had done that and we were able to motor into the harbour and round to the marina to berth with the other WARC boats – the European ones anyway as most of the US boats have been put elsewhere as they need 110V electricity. 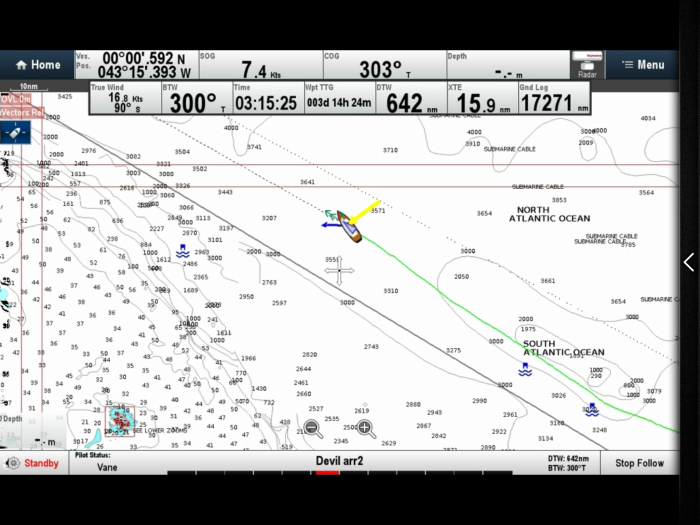 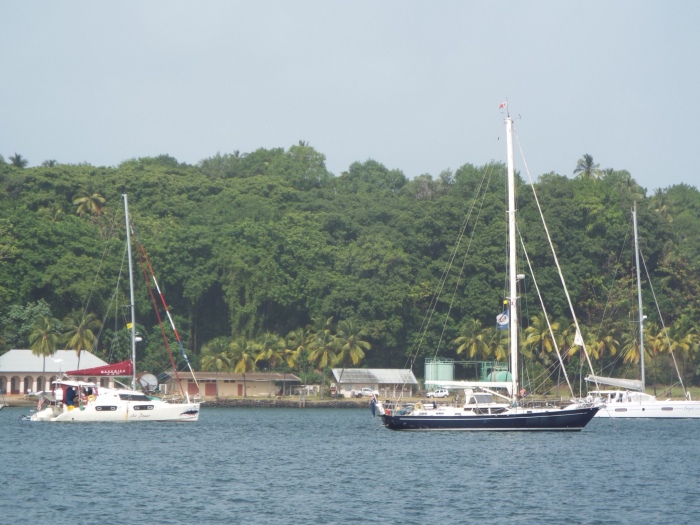 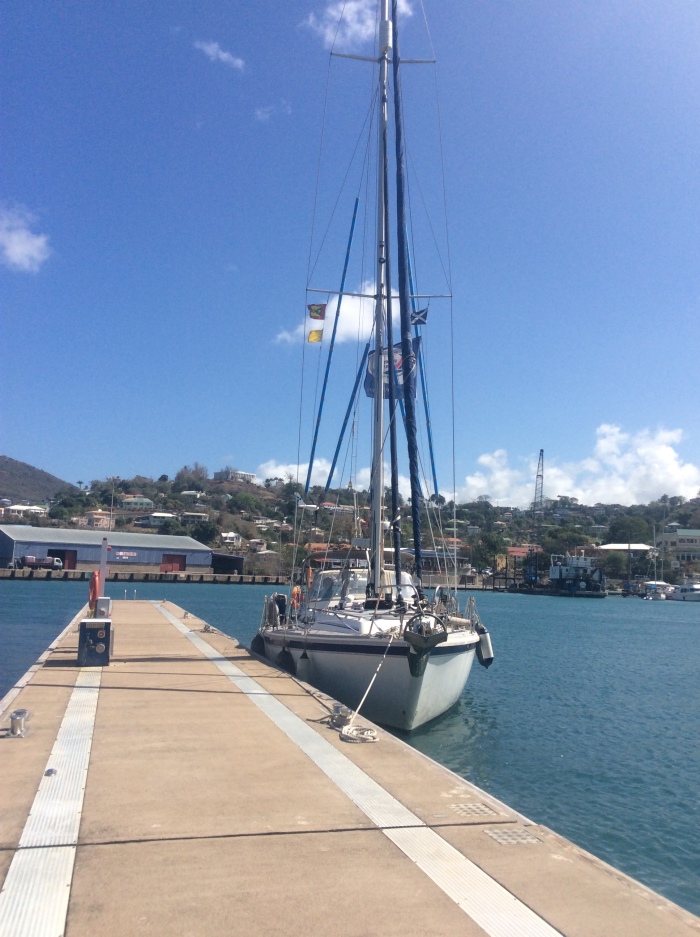