We sailed the 60 miles from Barbuda to St Barts overnight.  The island was French then was apparently bartered for some Baltic trade rights and became Swedish then in 1878 or so back to French as it is now.  It is a free port and was a haunt of smugglers and freebooters, now the capital, Gustavia, is the St Tropez of the Caribbean with Super-yachts (haven’t seen Justin Biebers yet) and designer shops.  There are some humbler ones though, a good supermarket and chandlery.  We had lunch at the Select bar, made famous by a Jimmy Buffet song about “a cheeseburger in paradise” which of course was what we had.  The town is very pretty, most of the streets have French and Swedish names.  We are anchored outside the harbour in clear water with turtles swimming around, no room in the harbour for such as us, but there are showers and wifi included. 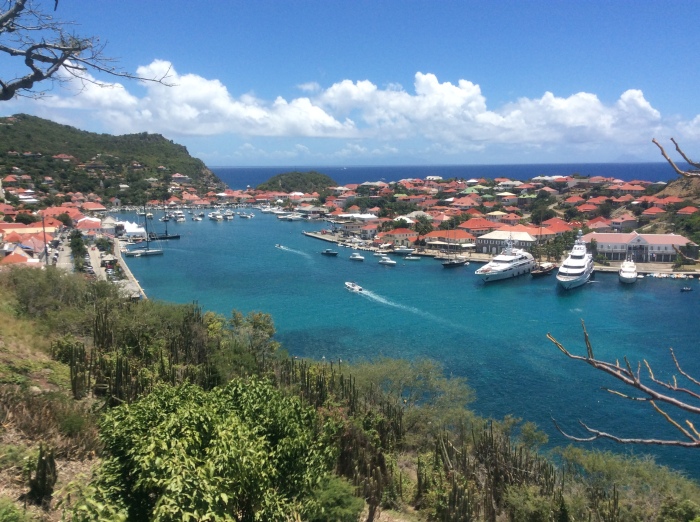