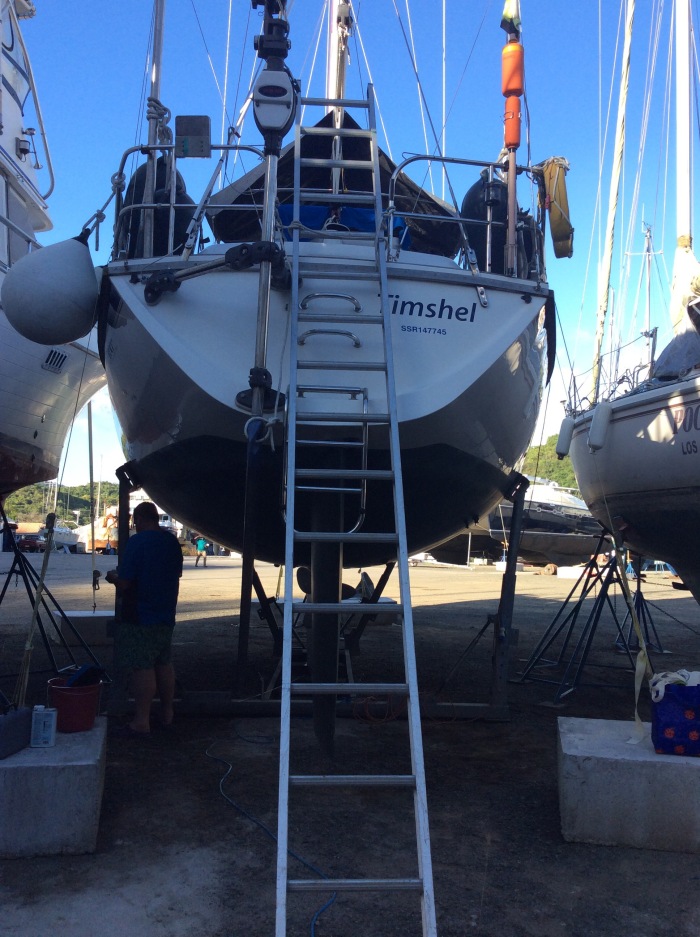 After 3 1/2 months in the U.K. It was time to get our return flight to Grenada on October 17 and rejoin Timshel. A mountain of luggage was assembled and eventually packed. The set of charts just as far as Australia weighs a ton, also pilot books and almanacs (really must get to grips with the Astronav this time), lots of odd bits and pieces and spares for the boat ranging from mugs and a mattress cover to gas regulators, capacitor for the generator, canvas things I had sewn etc etc (and a few clothes). Ended up with 3 x 23kg bags (1 extra cost £65) for our BA flight. We had enjoyed spending time with family and friends but the week we left the weather turned suddenly cold wet and windy in Aberdeen so definitely time to head back to the sun. We had of course been keeping an eye on the weather in Grenada. The only bad stuff to come close was Hurricane Matthew, but in the end it was 100 miles north and Grenada got heavy rain but not a lot of wind. Further north say in Antigua they got a lot more wind and of course Haiti, Jamaica and Cuba were severely hit. Luckily the boats in Grenada were unscathed and Timshel seemed fine.

We spent 10 days working on the boat on the hard while staying in an apartment up the road a bit.

It is EXTREMELY hot at the moment, 33 degrees, even the locals say so, and it is really a shock to the system coming straight from the UK all peely-wally. Grenada is a riot of vibrant coloured flowers and greenery as before, people are really friendly, but the livestock seems to be getting bolder. There are loads of goats, and we observed 3 kids (young goats) jumping nimbly onto the balustrade round the balcony at the apartment to nibble the underwear on the washing line belonging to the Polish lady downstairs. There was also a mouse in the apartment which would run out and eat our leftovers if we didn’t clean up immediately – we called him Jerry. And the tiny lizard we called Leary. And the cow and calf met in the growing dusk on the path to the apartment (with a guy frantically holding on to the lead rope of the cow. The new solar panels have been fitted on top of the Bimini, the bottom has been cleaned and the whole boat has been polished.

We were launched on Friday 28 about 3 hours ahead of the time booked which caused much confusion as most boats had been launched late. It it is great to be afloat again. Only problem was, not having done a lot of shopping, the only thing available to toast our return to the water was the very cheap vodka bought for pacifying the fish (that we never caught anyway), well needs must, it wasn’t too bad mixed with local mandarin cordial! At the moment we are tied to the pontoon off the boatyard and the job list is growing. It’s all very sociable and we have met up with Cruising Association members from Delphinus and Lynn Rival for a meal out. We were also pleased to meet up with Helen and Chris Tibbs and Tastealei who will also be doing the World ARC rally come January.

Hopefully we should be able to head off north by the end of the week. 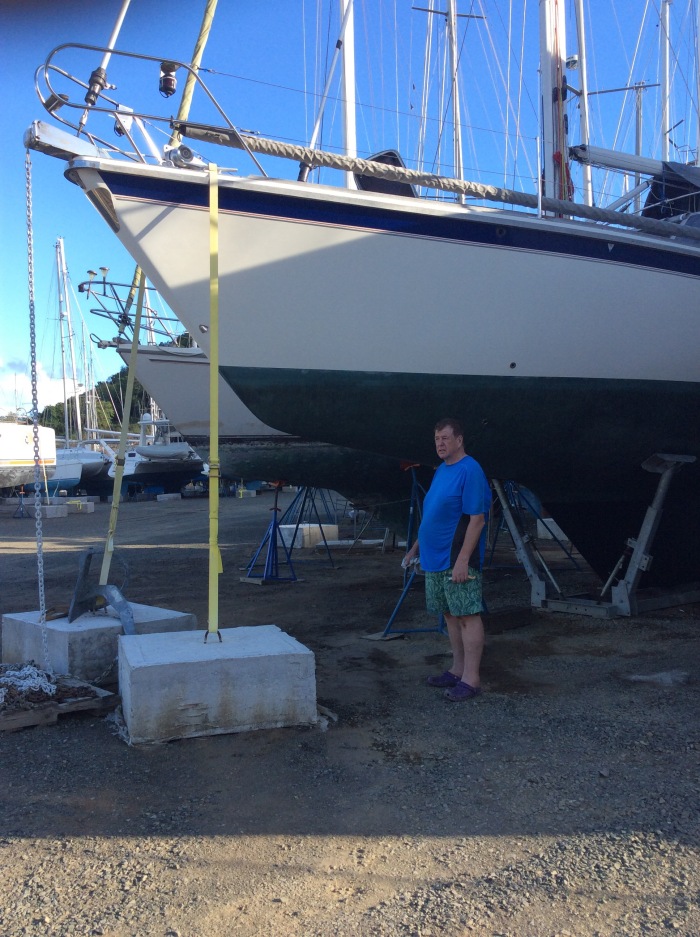 One thought on “Back in the Caribbean”